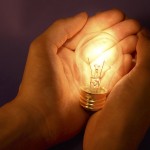 When Napster was released in 1999 pretty much all the way through until its demise in 2002, considerable unrest swirled around the platform.  While the general public flocked to share and download free digital files of music and movies, those respective industries were aghast at the potential impact such piracy would have on their very existence.

Such concerns were understandable.  After all, when people could get your core offering for free, not only would that harm your income but it would discourage the industry from producing content and stifle innovation.  Yet, despite those fears, we’re living through what has been dubbed the Second Golden Age of Television, as companies like Amazon and Netflix have entered the market and invested huge sums in television shows and movies.

Research from the University of Southern California explains why piracy wasn’t the death knell of innovation so many feared.  The study focuses its attention on the app market, which is estimated to be worth over $100 billion globally.  It was a market that has suffered at the hands of pirates, who are believed to have cost the sector around $17 billion in revenue between 2013 and 2018.

Despite this, the researchers find that creativity still thrived, albeit with particular types of innovation supported by firms.  The study went back to 2014 and study the impact of a major hack on a popular app marketplace that resulted in a lot of files being compromised and the hackers releasing their own versions of popular apps.

The researchers combined several data sources to identify all of the apps on the marketplace together with their release date, price, description, developer, and so on, together with any updates made to the app after its release.  The data compromised through the hack also revealed how many times each file had been downloaded before the hack took place.

Innovating to stay ahead

In other words, the developers appeared to be responding to the hack by attempting to out-innovate their new rivals via the release of more new product launches and major upgrades.  The authors believe this illustrates how the hack broke the monopoly power of the firm’s existing products and therefore incentivized them to create new offerings to compensate.

It’s an outcome they believe has clear implications for other sectors, even as seemingly distant as pharmaceuticals.  Indeed, they cite examples where generic drugs have entered a market and incumbent players have responded by expanding their product portfolios.  The threat to one’s position is best countered by innovating such that the product is significantly differentiated from the new entrants.

“Minor or incremental innovations would not be helpful in this [competition], as they would be expensive to create, while only a small fraction of consumers would be willing to purchase an incrementally improved version rather than use a pirated version that may be available for free,” the researchers say. “This implies that piracy can create a disincentive to create minor or incremental innovations such as bug fixes, but an incentive to create new products or major revisions.”